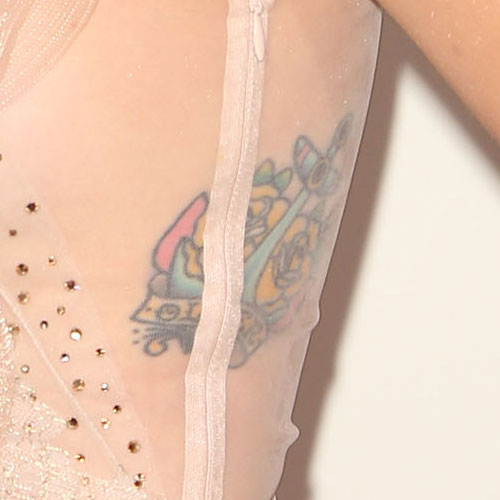 Kacey Musgraves has a colorful anchor tattoo on the left side of her ribcage.  The American traditional style tattoo features a blue anchor in front of yellow roses.

She and her younger sister Kelly got tattoos together in September 2011.  Kacey’s anchor says “Older” in a banner at the bottom because she’s the older sister while Kelly’s says “Younger.”  The yellow roses also seem to be a tribute to her sister, as Kelly’s wedding shows that she loves yellow flowers. 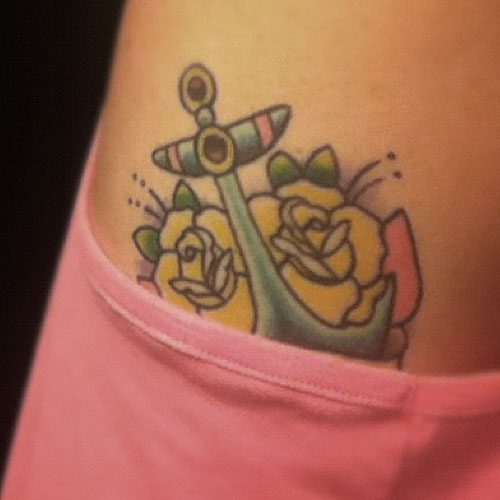 Some photos from @spaceykacey's album shoot are featured in the new issue of @nashvillelifestyles magazine and one of them even made it on the cover? this was such a fun day. Can't wait to share more photos once her album releases June 23rd!