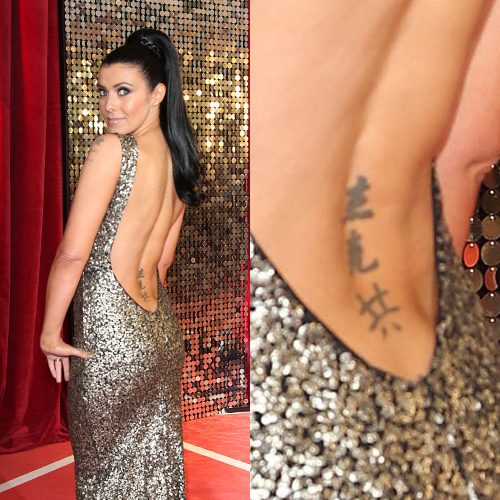 Kym Marsh used to have Kanji symbols of unknown meaning running down her spine on her lower back.
On an interview she said that she got a Chinese symbol ink while they were popular and it was suppose to be a tribute to her first husband, Jack Ryder, but actually it turned out to be totally different and was only pointed out when she was having dinner at a restaurant and the waiter went, ‘Ahh, communist!’.
Later after they break up she covered the tattoo with a new ink art piece.