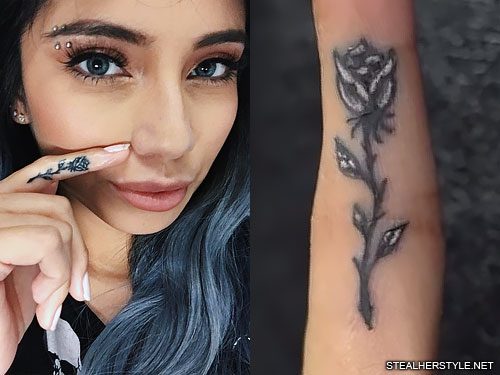 Kirstin Maldonado got a tattoo of a rose on the side of her right index finger in July 2017.  It is inspired by the character Rose from the movie Titanic.

Artist Romeo Lacoste documented the process on his YouTube channel (video below).  Rather than drawing the rose on a piece of paper and transferring it to her finger, her designed the image by drawing directly on Kirstin’s finger with a marker and then going over it with his tattoo gun.  This freehand approach ensures that the tattoo fits perfectly on the body.

Romeo is known for his rose designs and Kirstin actually reached out to him on Twitter when he was looking to film a client getting tattooed. “I just had a genius idea. I should do a YouTube video of a time lapse of one of my mini freehand roses. That be sick,” he tweeted. To which Kirstin replied “I volunteer.”

Mini Rose done freehand on @kirstin of Pentatonix ?Thanks for trusting me! to get tattooed by me, book on RomeoLacoste.com ?? (to watch the timelapse video of the tattoo! Click link in bio! SUBSCRIBE!!)

I saw @kirstin's new rose tattoo (by @RomeoLacoste) when I saw her in NYC last month, looks amazing in person too! ??❤️❤️ pic.twitter.com/vlGKHZsbNI 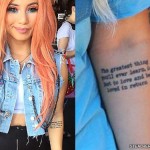 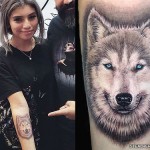 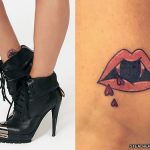 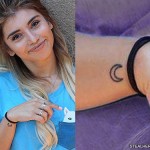 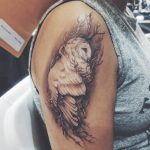 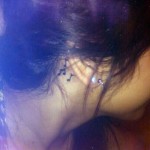