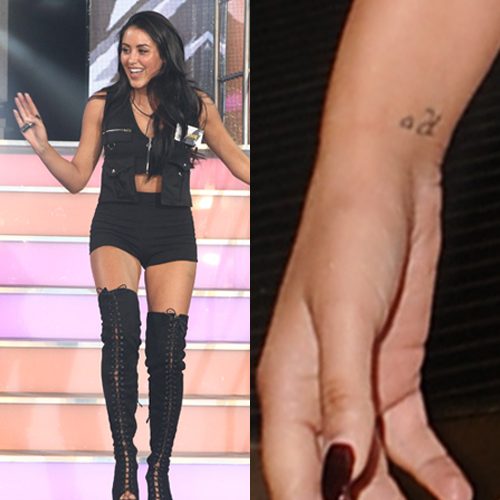 Marnie Simpson had the initial “R♡” with an outline of a heart inked on her right wrist in honor of her ex fiance Ricky Rayment. He had a matching “M♡” tattoo for her.

They split up in 2015 and she now regrets the whole relationship, telling MTV “I would go as far as saying it’s probably the biggest mistake I’ve ever made in my life.” In that February 2016 interview, she suggested that she might cover the tattoo with the name of her Geordie Shore co-star and boyfriend at the time Aaron Chalmers. Thankfully she didn’t get another regrettable tattoo. She ended up waiting a while and then getting it laser removed beginning in November 2017.

She would consider getting inked again in the future if someone special comes along, telling Star Magazine “I wouldn’t say getting a partner’s name tattooed on you is a mistake.”

Geordie Shore's Marnie says engagement was huge mistake and shes got the tattoo to prove it https://t.co/euGTDKvp6w pic.twitter.com/ct2VL583Pa 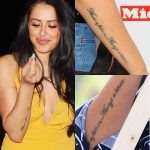