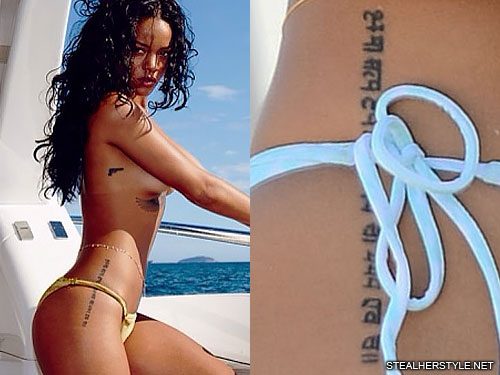 In 2007, Rihanna got a Sanskrit prayer going down her right hip. The tattoo was supposed to translate to “forgiveness, honesty, suppression and control”, a quote from the Sanatana Dharma. Unfortunately, the tattoo was misspelled and translated to “long suffering, truthfulness, self-restraint, inward calm, fear and fearlessness” instead. In addition to the incorrect translation, the text of her tattoo is also missing the rest of the original prayer, which reads “pleasure, pain, birth, death.”

This was the first time tattoo that she got from Bang Bang, who has since become her go-to artist. He credits Rihanna with introducing him to a slew of celebrity clients and launching his career to the next level. But before she was the jewel of his portfolio, she was just a girl who walked into his shop off the street and asked a lot of questions about piercings and tattoos. He didn’t recognize who she was and didn’t treat her any differently, and she loved that he was honest with her. In fact he was so brutally honest that he told her it was a bad idea to get the Sanskit text on the back of her leg where she wanted it.

“I remember thinking, this guy is gangsta as fuck. He doesn’t give a fuck about me—he doesn’t know who I am and that is brilliant. So that’s why I wanted him to do my tattoo. I knew he wasn’t going to try any funny shit or act crazy; he was just going to do my tattoo.”

“I was surprised when he wouldn’t put my first tattoo where I wanted it to go—up the back of my leg—but I was so shocked that I was actually open to his idea of moving it, and I’m glad I did. I was still early on in my tattoo game, so I trusted him as an expert more than I trusted myself because I didn’t know. When you’re well known, it can be hard knowing who to trust, but I trusted Bang Bang from the first time he tattooed me.”

I love playing with dominant animals! These 2 were double the trouble, but they're superstars!!! #snakez #GQ #RiRi #88babies #25thanniversary

Playin hard to get, but he loves me! 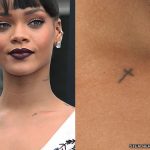 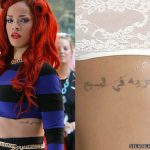 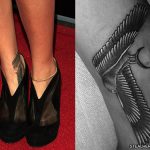 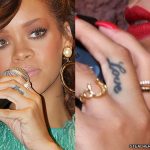 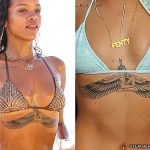 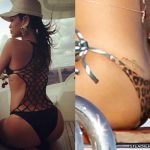