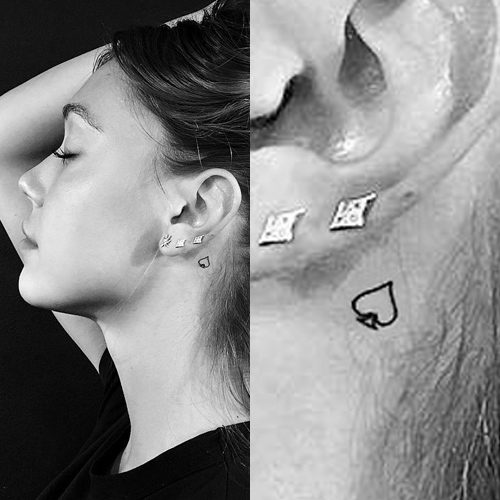 Alexis Ren has a tiny tattoo behind her left ear of the the spade logo (♤) from a deck of playing cards.  The single spade, or ace of spades, represents her little brother Ace. Since their mother’s passing, Alexis’ two sisters have been taking care of Ace so that Alexis can focus on her modeling career. 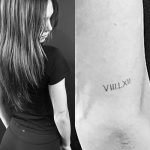 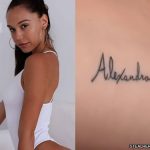 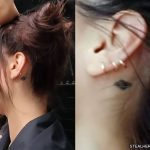 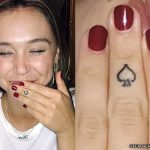 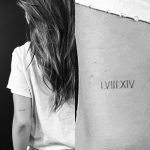 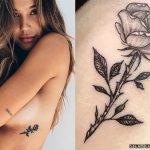