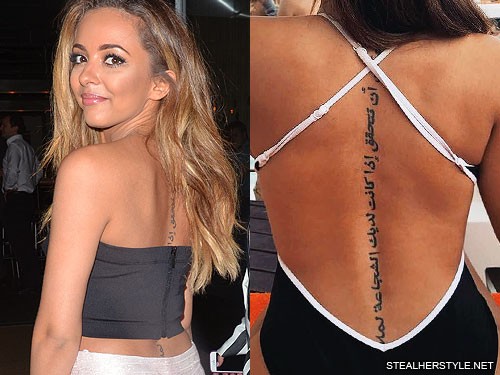 Jade Thirlwall has a tattoo along her spine which means “Anyone can achieve their dream if they’ve got the courage.” It’s a tribute her her maternal grandfather, Mohammid Badwi, and she has it written in Arabic because he was Arabic. Jade is quarter-Egyptian and quarter-Yemeni.

“It’s taken three years to get it right, as I’m such a perfectionist,” she told UnrealityTV “Basically, it’s in Arabic, as my Granddad was Arabic, so it’s kind of like a memory of him. It says ‘Anyone can achieve their dream if they’ve got the courage’.”

It was a catsuit kinda night 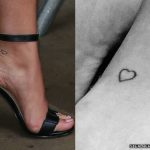