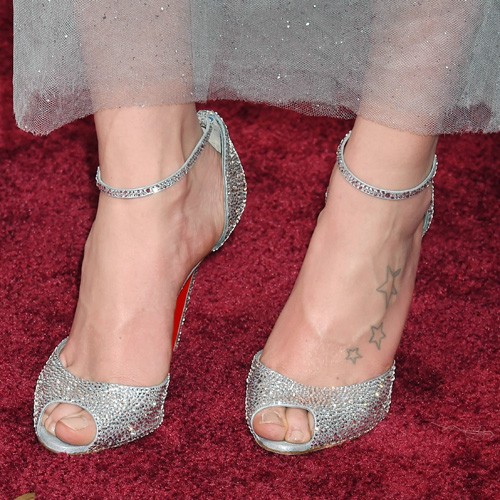 Actress Daisy Ridley has three outlined stars tattooed on her left foot. While it might seem related to her breakout role as Rey in Star Wars: The Force Awakens, the star theme is purely coincidental.

She’s actually had this tattoo since she was only 15 years old but says that her choice of design “seems like some kind of fatalistic thing now.” Her family wasn’t happy with her underage inking, but luckily for them it was Daisy’s only attempt at teenage rebellion.