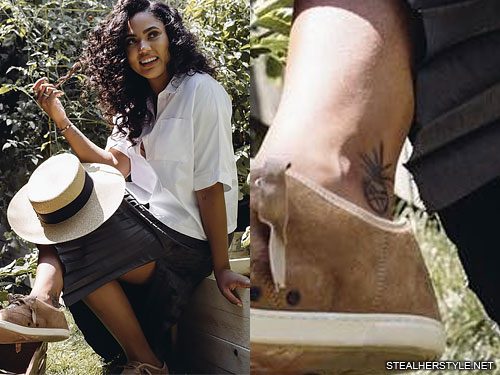 Ayesha Curry has a tattoo of a pineapple on the inside of her right ankle.

We believe that she got this tattoo as part of a tattoo party to celebrate her husband Stephen Curry’s team, the Golden State Warriors, winning the NBA Championship in June 2017. Artist Nino Lapid stopped by their house and tattooed multiple members of the family including Steph, his brother Seth and his father Dell. The artist confirmed that he tattooed Ayesha but didn’t say what her tattoo was.

His photos imply that Ayesha got a tattoo on the back of her neck as well, but we haven’t seen that tattoo revealed yet.