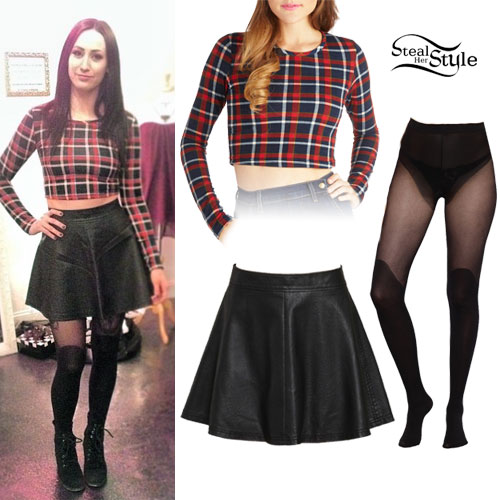 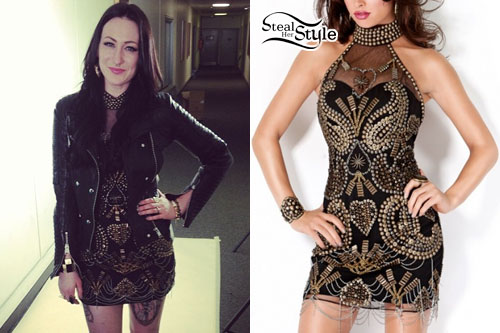 Jacqui Sandell posted a picture of her outfit from the battle rounds on The Voice, which begin airing on Monday night. Jacqui wears a Jovani #9095 Chain and Studded Halter Dress ($460.00) with a double-breasted leather jacket similar to the ones from Oasap ($160.00) and Ali Express ($69.34). 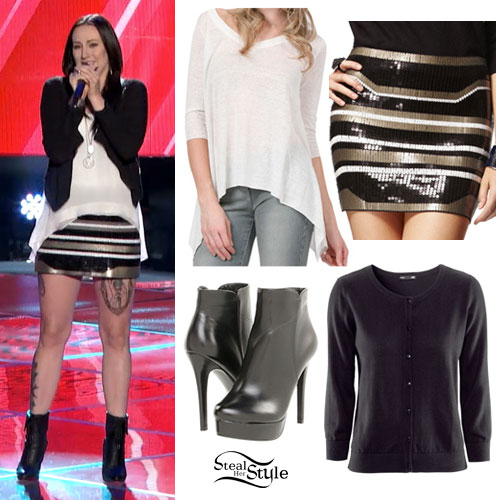 Jacqui Sandell wore an Art Deco Sequin Mini Skirt from Express (sold out) on her audition for The Voice, which aired last night. She performed “Dreams” by Fleetwood Mac and made it onto Team Blake. 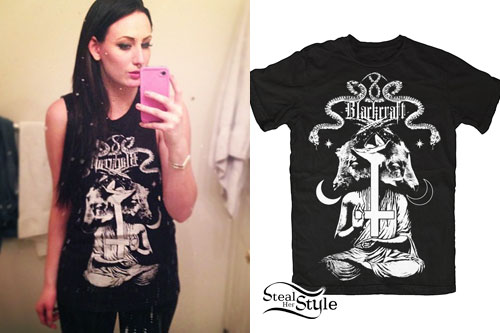 Jacqui Sandell posted a picture on her instagram of a Black Craft The Diabolical Goat T-Shirt ($24.00) which she borrowed from a friend. “I’m never giving back MY @blackcraftcult shirt to @marcelluswallus mwahaha.” she writes.

Jacqui auditioned for the new season of NBC’s The Voice. Be sure to tune in starting March 25th to see if she makes a team! 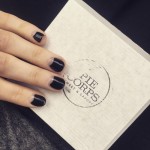 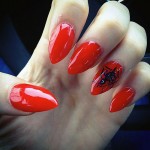 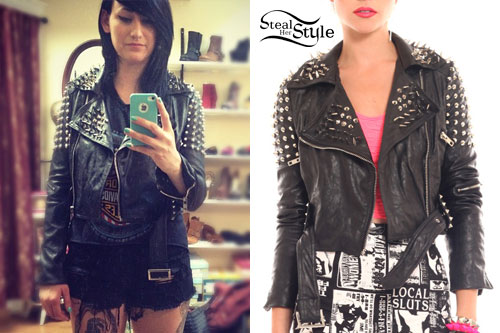 Jacqui Sandell showed off her new Spiked Moto Crop Jacket in an instagram picture. The faux leather jacket is covered in spikes and studs along the shoulders and lapel. Jacqui got hers at Gypsy Warrior boutique in New Jersey, where it sells for $195.00, but it’s a bit cheaper at Shop Akira for $178.00. 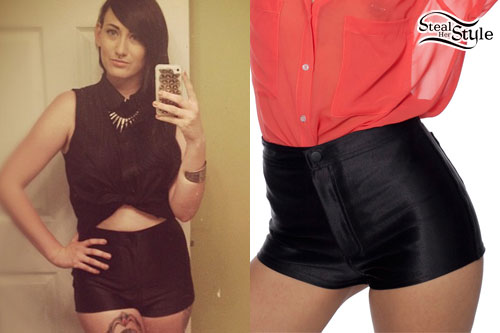 Jacqui Sandell wears an all-black outfit with the shiny black Disco Shorts from American Apparel ($52.00) and a cropped sleeveless blouse. 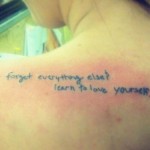 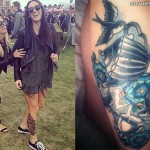 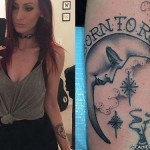 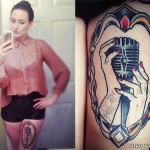 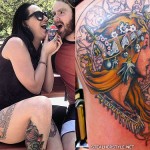 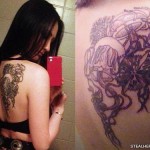 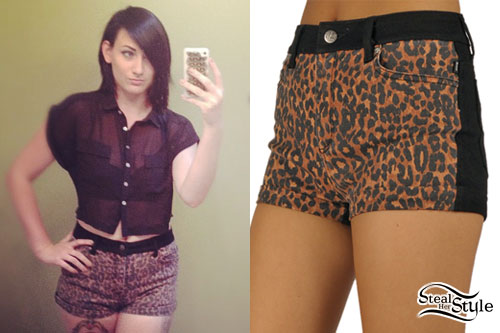 Jacqui Sandell is wearing the High Waisted Coming and Going Shorts from Tripp NYC with leopard print on the front and black on the back. These shorts are available at Karmaloop ($40.00), Trash and Vaudeville ($56.00), and Dolls Kill ($72.00). 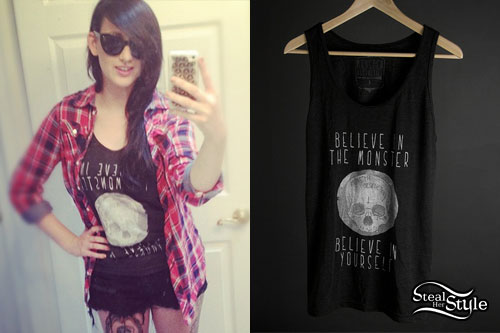 Jacqui Sandell is wearing the Black Believe Tank Top from Monster Aesthetics ($20.00) which says “Believe in the monster / Believe in yourself” and has an image of a skull in the middle. 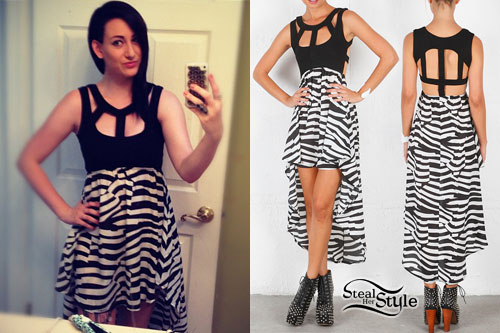 Jacqui Sandell is wearing the Hi-Lo Tribal Dress by Reverse ($80.00). The dress has a high-low skirt in a black and white stripe print and a black bodice with cutouts on the front and back. 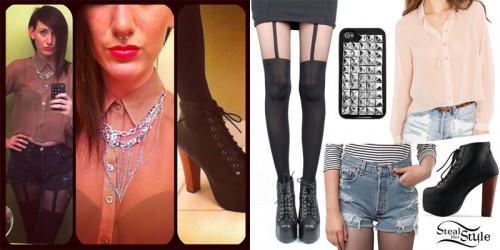