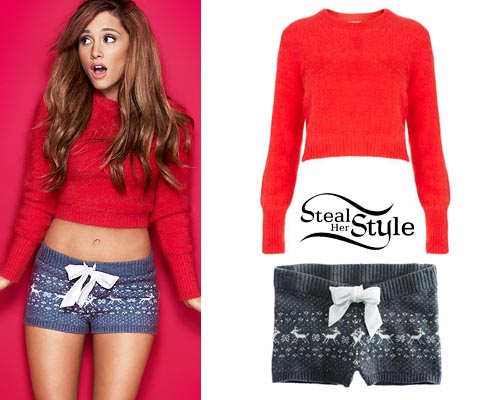 Ariana Grande covered and featured in Cosmopolitan’s February 2014 Issue. She wore a Crop Jumper by Unique (sold out) from Topshop and a pair of Aerie Reindeer Knit Boxers ($13.99) in one shot. 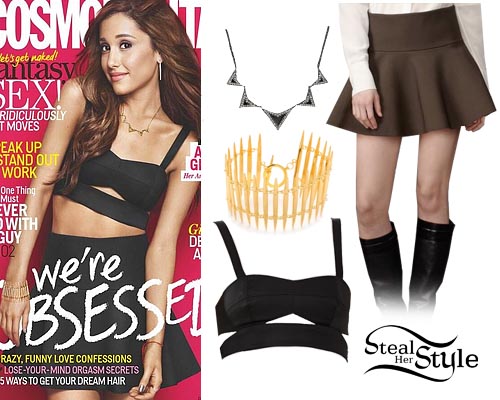