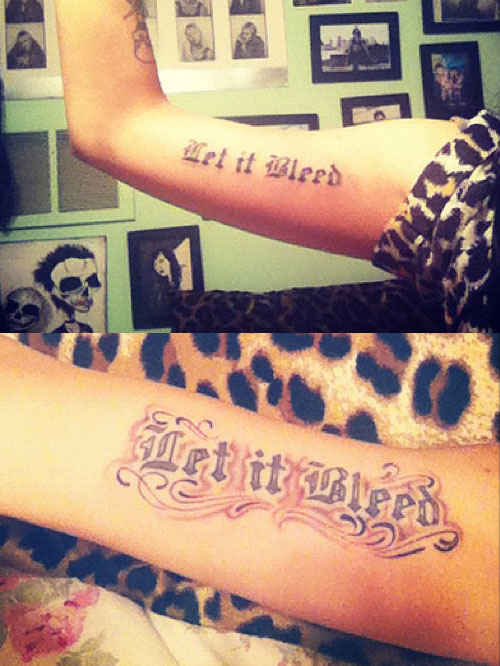 On the inside of Hanna Beth Merjos’ right upper arm are the words “Let It Bleed.” It was done in two sessions — first she got just the words in Gothic lettering in April 2012 and then in August 2012 she had it surrounded it by shading and swirls. The tattoo was inspired by The Rolling Stones who have an album called Let It Bleed and by Courtney Love who has the same words tattooed in the same location. 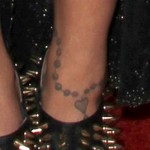 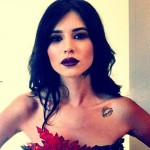 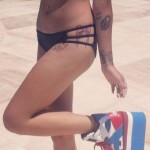 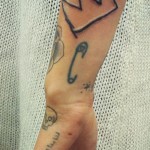 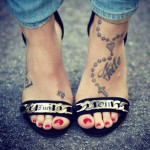 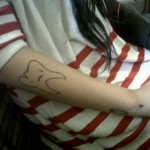