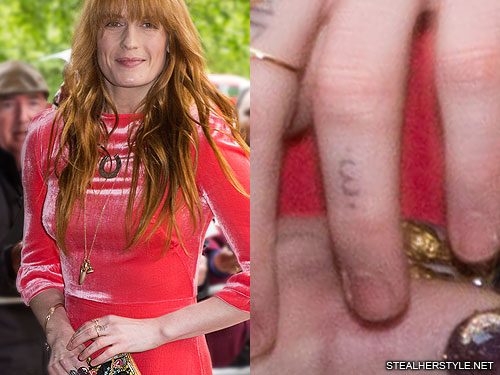 Florence Welch has an ampersand tattoo on her left ring finger knuckle.  This particular variation of the classic & symbol is a simplified version for common handwriting which is based upon the Greek letter epsilon Ɛ with a line through it.

We don’t know the personal meaning of this tattoo, which was first seen in November 2016.  It seems like a strange choice given that her band Florence + The Machine never uses an ampersand in their name and often uses a plus sign instead.

It looks like @flo_tweet may have a new tattoo on her left ring finger (shout out to @FATMgirl for pointing it out) pic.twitter.com/28D1RcUAk2 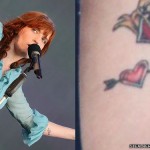 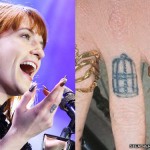 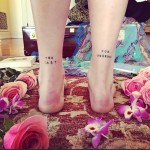 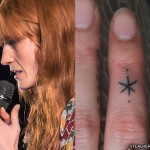 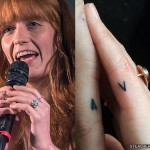 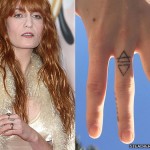