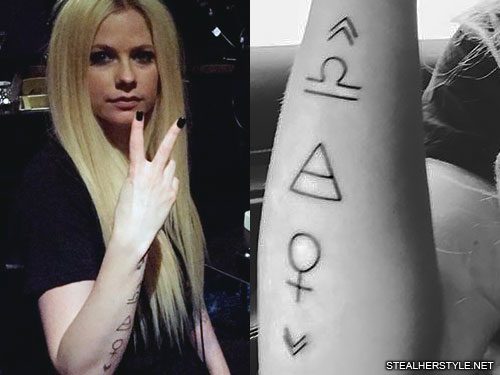 Avril Lavigne’s days of itty-bitty tattoos are officially over. In October 2017 she tattooed a collection of astrological symbols so big that they take up her whole forearm. The symbols are:

Taken together all three symbols represent Avril’s September 27th birthday — Libra is her star sign, air is the element associated with Libra, and Venus is the ruling planet for Libra.

The Venus symbol is of course also used as a symbol for women, but that does not seem to be why Avril chose it.

The double chevrons « » are known as guillemets and are used as quotation marks in some languages. These symbols have also caught on in tattoo culture with the supposed meaning “create your own reality.” It is claimed to be a viking symbol, however there is no documentation of this usage. We believe that Avril is simply using them as quotes around the other symbols. 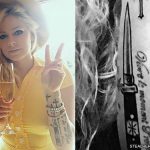 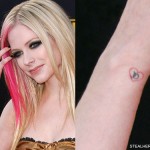 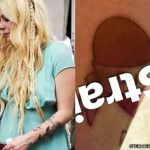 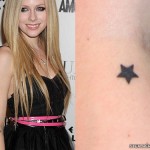 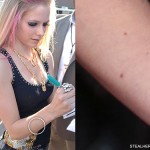 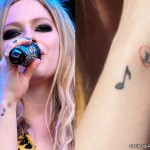