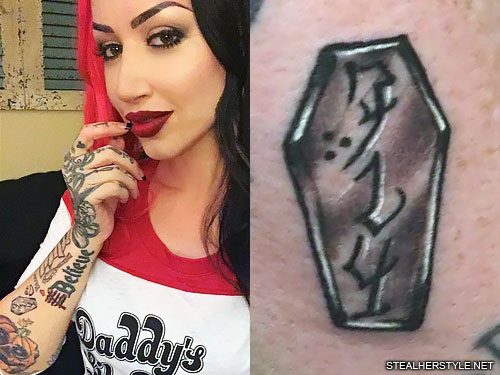 Ash Costello got this tattoo of a coffin on her right forearm from artist Danny Anchor at Illuminati Tattoo Lounge in January 2016.  The number “714” inside the coffin is the area code for the greater Los Angeles, California region, where she grew up.

“I have lots of Anaheim pride and I don’t know how I’ve never gotten a ‘714’ tattoo — the area code of where I live,” she told Fuse, “I’ve always wanted one. It’s just there’s always some other crazy idea that I have that I want to get first. So I actually really want to get ‘714’ tattooed on me.”

She can be seen getting the tattoo in this video:

in the process of getting her tattoo done:

?? thanks a million to @ashcostello and @nikkimisery of @nydrock for a fun morning @illuminati_tattoo_lounge just a couple of #Orange County kids doing what we were made to do! #orangecounty#hardcorekid#anaheim#newyearsday#dannyanchor#ashcostello#nikkimisery ????❤️⚓️ 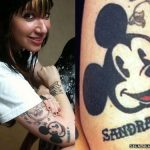 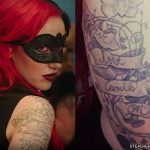 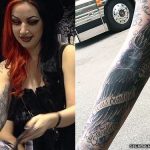 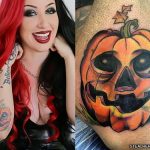 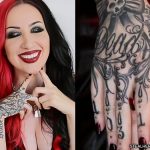 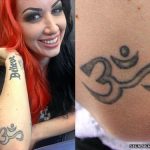