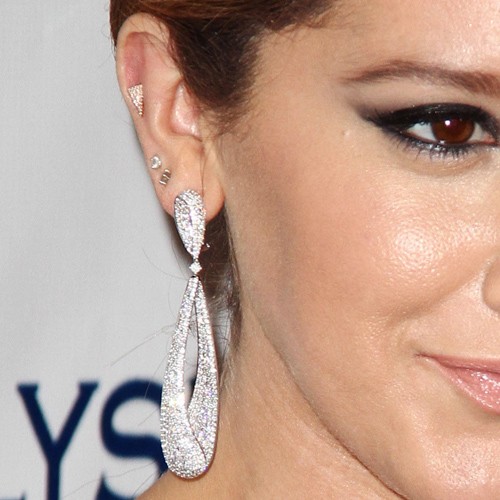 Ashley Tisdale had four piercings in her right ear: one big jeweled drop earring in her lobe, two jeweled stud earrings in her upper lobe and one triangle stud in her helix at the Art Of Elysium’s 9th Annual Heaven Gala in Culver City, CA on January 9, 2016 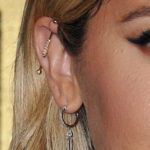 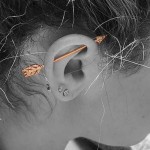 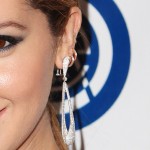