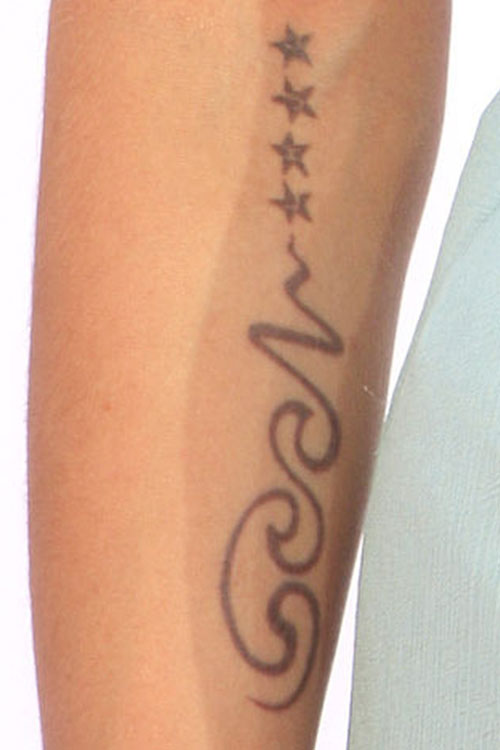 The large tattoo on Heidi Klum’s forearm may look like just a swirl, but it actually represents her ex-husband and her children. The large part of the tattoo is a stylized version of “Seal,” for her ex-husband singer Seal Samuel.

The four stars are for her four children, and each star has an initial in the center. From bottom to top, the stars represent each child in the order of their birth: “L” for Helene who is nicknamed “Leni,” “H” for Henry, “J” for Johan, and “L” for Lou.

Heidi and Seal were divorced in 2012 after seven years of marriage. We don’t know if Heidi will decide to remove the tattoo.