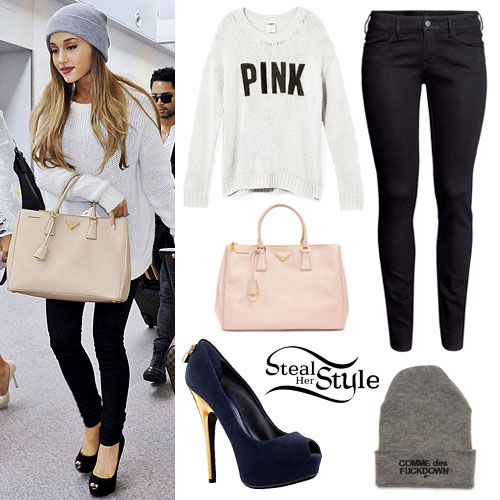 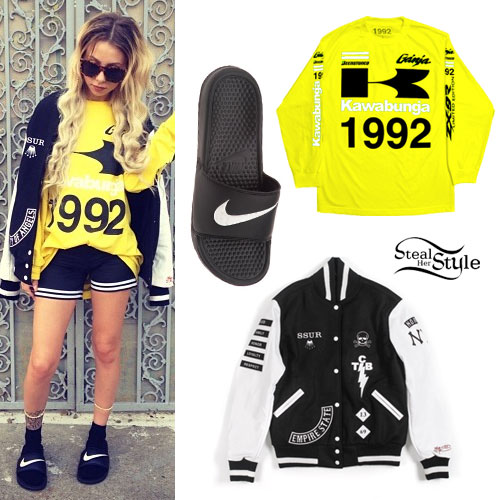 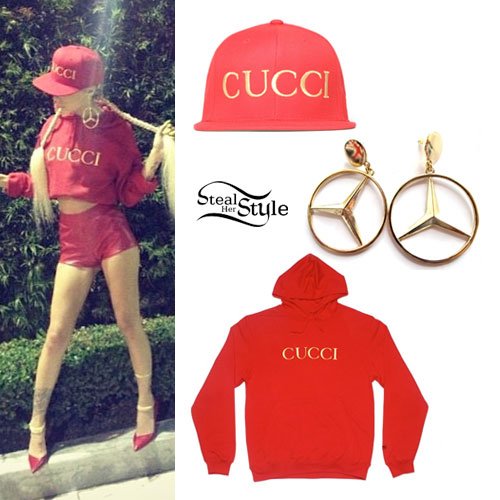 ‘Coco Made Me Do It’ Hat 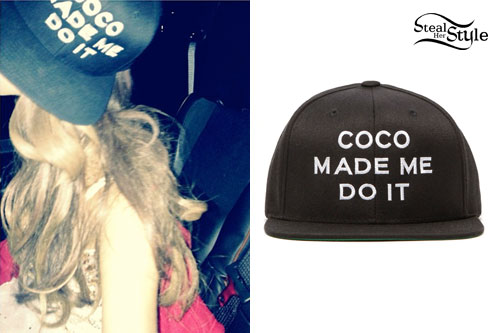 Ariana Grande posted a picture on instagram of her THE CUT Coco Made Me Do It Snapback ($40.00) from SSUR. She explains that the hat has a double meaning because her dog is named Coco. 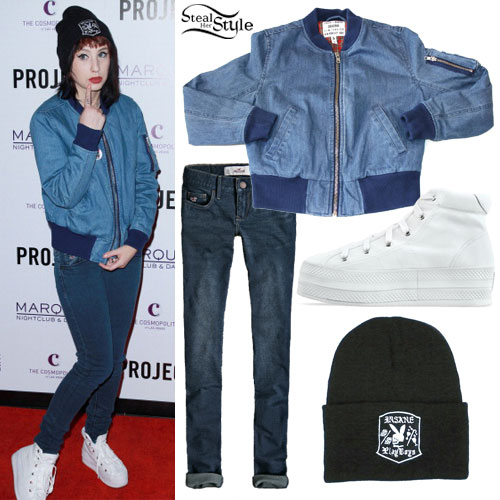 Kreayshawn appeared at a party in a denim jacket and jeans, a look described by the slang term “Canadian tuxedo.” Does she pull it off, or is denim-on-denim always a faux pas?

Her Denim Bomber Jacket ($98.00, click “Stussy”) is from the Stussy x Made Me “S+M” collaboration. Her jeans are from Hollister and though I’m not enitrely sure which pair she’s wearing I think it’s the Hollister Jegging in Dark Wash ($39.50). She’s wearing a pair of Chloë Sevigny for O.C. Platform Sneakers which sell for $265.00 at Opening Ceremony, or La Garçonne, or Forward, but you can actually get a very similar pair for only $53.72 at ASOS. She tops it all off with the Insane Playboys Beanie from SSUR ($20.00).